Today we have been really busy filming for the short film. We have filmed loads of scenes, and, like yesterday, each scene took ages to film.

Getting ready to film a scene

The whole film will be about 3-5 minutes, and we are only about half way through recording, however it has already taken about 4 and a half hours to record. We got to dress up as Anglo-Saxons to make sure the film looked correct, but the clothes are quite itchy. You do get used to it though. 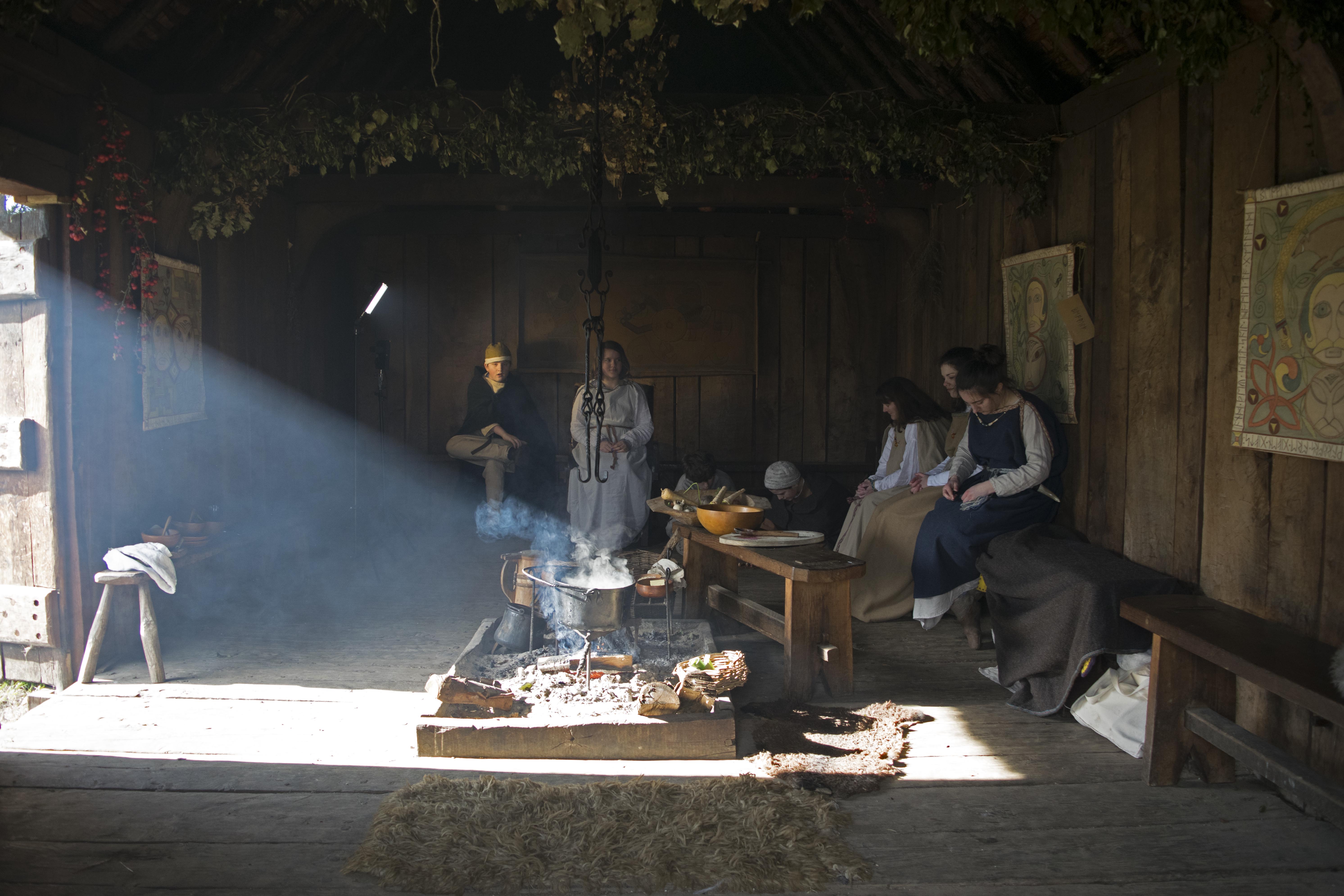 A smoky scene in the hall wearing itchy clothes!

Tomorrow we will be finishing the recording. We were also having to make sure that each scene links, so that the film will start at the museum, and end at the museum.