This morning we were filming a scene that took Ben about 2 hours to open a door, grab a spear, grab some bread and walk out again. The whole scene is probably 30 seconds long. 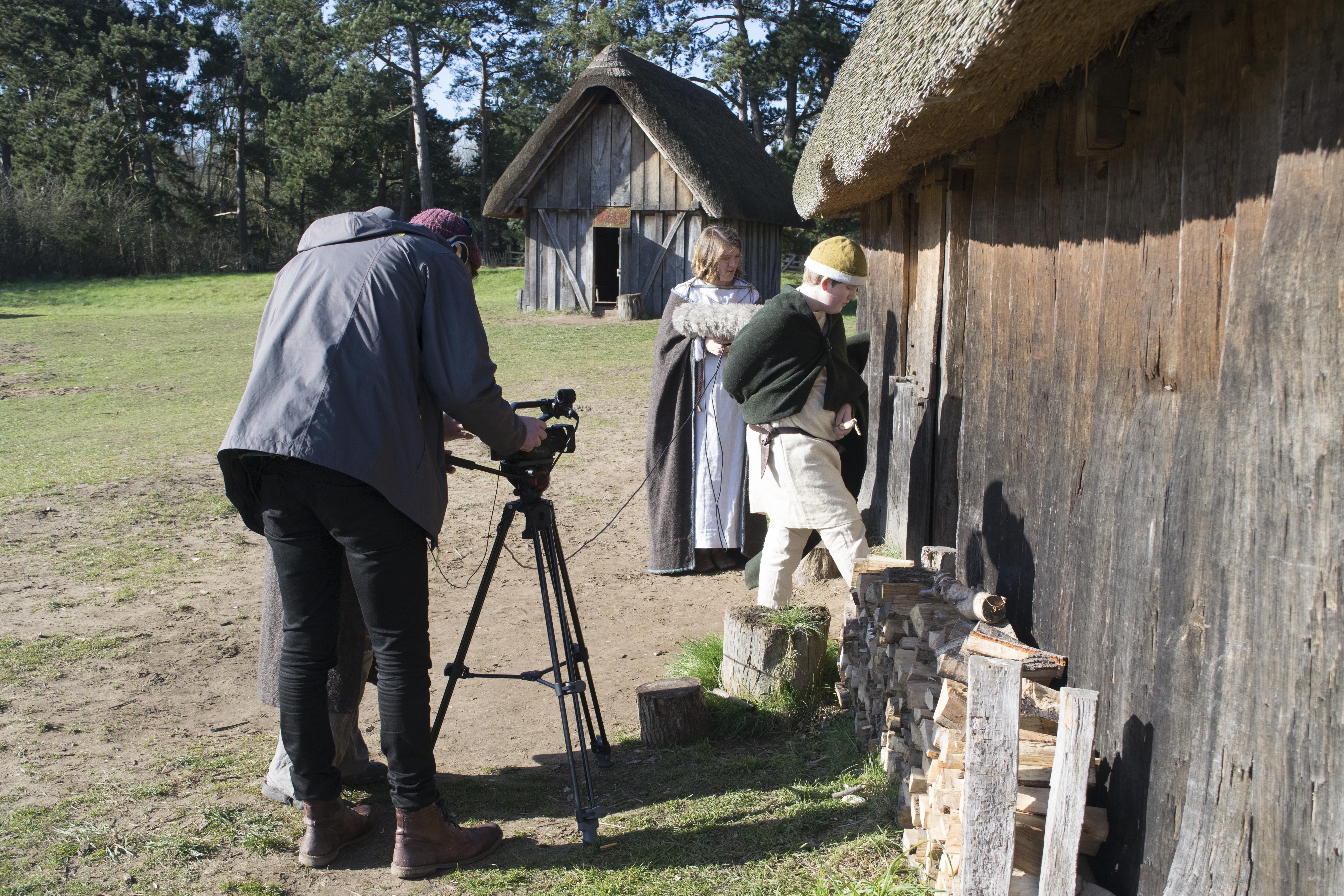 When we had finally finished the filming, we ate an early lunch then got out filming again. We filmed a deer stalking scene, with Ben and Conan stalking a deer. I was filming with Jack, our guy-who-helps-us-film person. 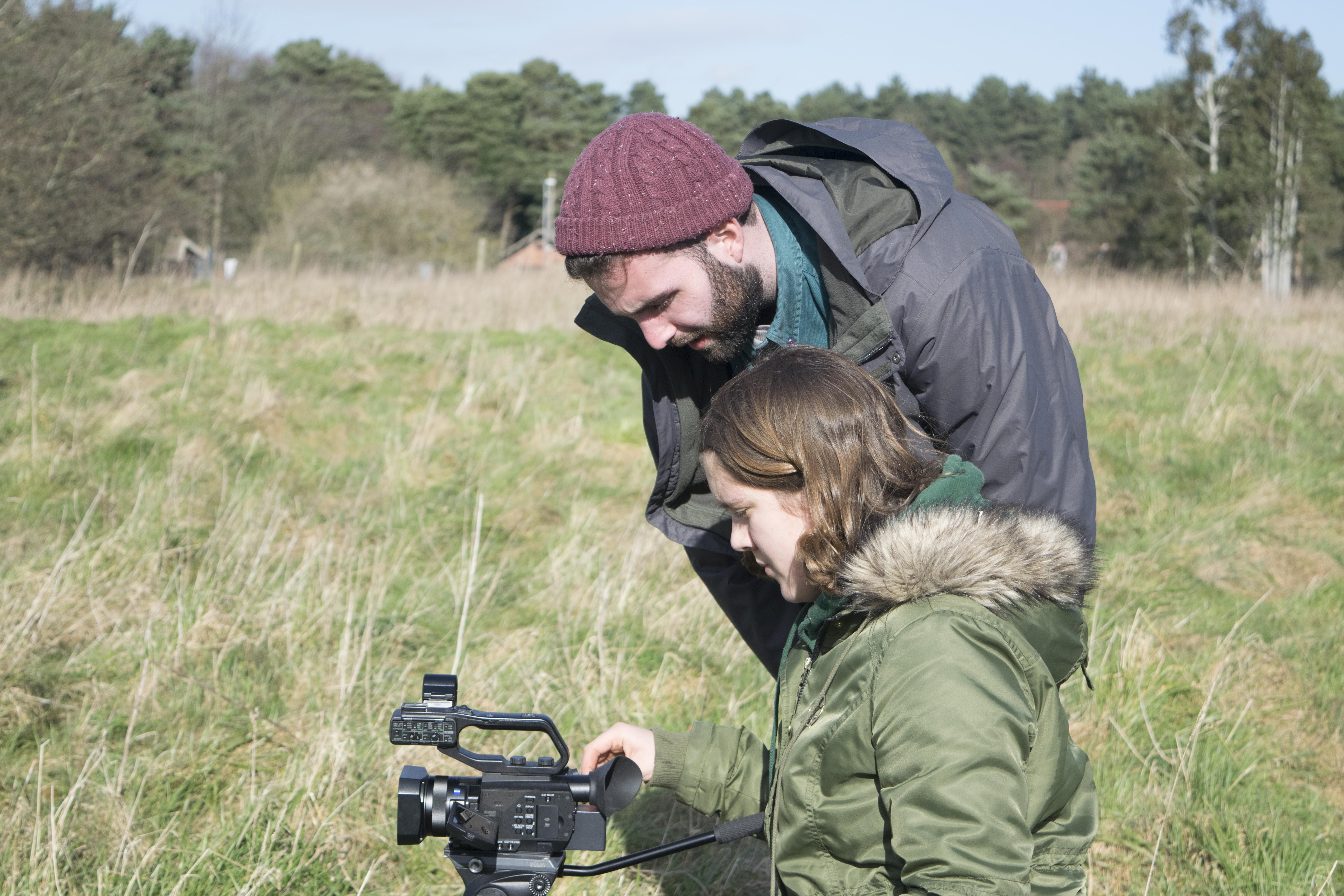 The deer will be computer generated, so we didn’t actually have to get a deer and stalk it. Although we did see a muntjac deer while we were searching for the right place to film the scene. When we had finished filming the scene with the deer, we filmed the archaeological scene, with Pippa finding the comb we dropped yesterday. I did the sound for that. The film will be shown on Easter Monday, when there will be an event for the happening. 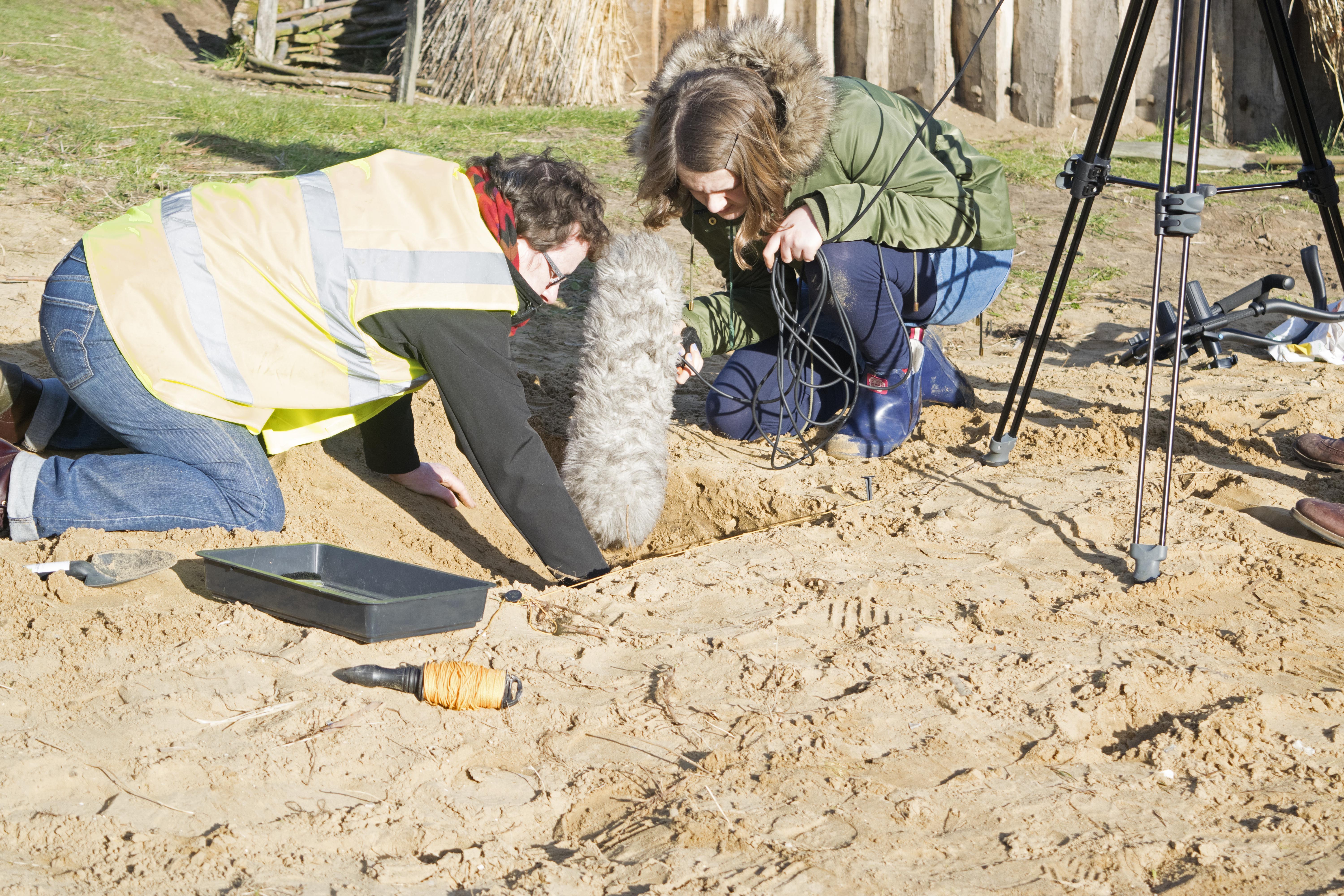